This exciting series highlights a prominent Philadelphia executive interviewed as a fireside chat.

Join us on Thursday, June 6th for a conversation with The Honorable Jim Kenney, Mayor of Philadelphia. Moderated by Daniel McElhatton, Esq. 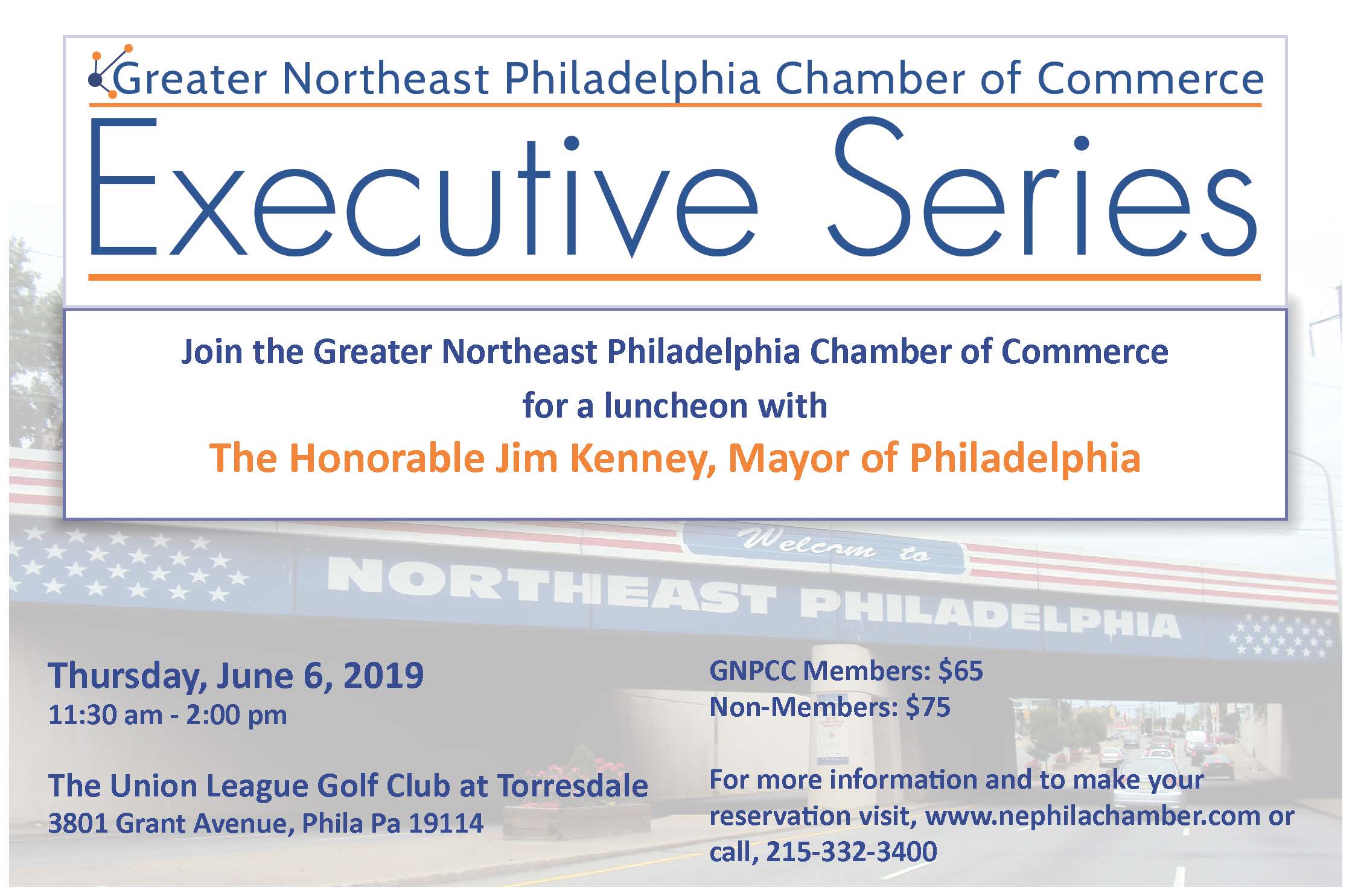 On January 4, 2016, Jim Kenney was sworn in as the 99th Mayor of Philadelphia. In his first budget, the Mayor worked closely with City Council to fund bold anti-poverty initiatives. The initiatives included the expansion of quality pre-k, the creation of community schools, and investing in parks, rec centers, and libraries. These initiatives were possible because Philadelphia became the first major city to pass a tax on sweetened beverages.

The Mayor’s Office works to strengthen every neighborhood by focusing on: