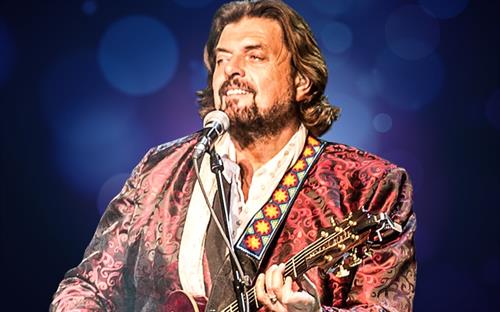 Having a career spanning five decades, Parsons has pioneered the industry by blending technology and music as an acclaimed recording engineer, producer and performer. With hit songs like “Sirius,” “Eye in the Sky” and “Time,” the accomplished British native has a total of 11 Grammy nominations, eight Billboard Top 40 hit singles and received The Diva Hall of Fame Lifetime Achievement Award.

Since joining the music industry at just 19 years old, Parsons’ career quickly took off as an engineer who worked on albums for The Beatles, Paul McCartney, The Hollies and Al Stewart, to name a few. His most notable work was on Pink Floyd’s “Dark Side of the Moon” album, which earned him his first Grammy nomination. Parsons later joined forces with Eric Woolfson to create the group, The Alan Parsons Project that launched a string of notable albums including, “I Robot,” “Pyramid,” “Eye in the Sky” and “Ammonia Avenue.”

Not only does Parsons have a successful music career including many hit singles, albums and sold out tours with The Alan Parsons Live Project, he also looks to share his musical expertise any way he can. Parsons wrote and produced a comprehensive instructional video series and book about recording called “The Art &amp; Science Of Sound Recording (ASSR).” He also shares his knowledge as a high-demand popular public speaker. Parsons was the keynote speaker at the 2014 Audio Engineering Society Convention, as well as the opening speaker at the TEDx Conejo conference in 2012. With an extensive background in the music industry, Parsons continues to share his talents and perform legendary concerts all over the world.

Any tickets sold through Ticketmaster or SugarHouse’s box office are guaranteed to be valid and authentic. Tickets obtained through any other unauthorized source may be lost, stolen, or counterfeit, and SugarHouse takes no responsibility for refusing to accept any such tickets.

Attendees are encouraged to park in the free covered garage and proceed to the 2nd level. Free self and valet parking available. Under 21 attendees are only permitted in the Event Center. Box Office and show doors will open an hour prior to show time. The Event Center is a non-smoking facility. All recording devices are strictly prohibited. All sales final.